Battle Royale games have gained massive popularity in recent years and even more so during this pandemic. Games like PUBG Mobile and Call of duty Mobile have taken over the App Store with over 100 million downloads. With new updates and events every now and then, they have kept the players hooked into the game. You might be looking to check out these games on PC, the only disadvantage here is that PUBG needs to be purchased, if you want to find the best price for it, we recommend checking out Gamecamp to find the best deals available. If you’re new to gaming, it must be hard for you to decide which one to play. Both games are pretty similar in terms of the game modes they offer but the graphics and gameplay of these games are very different. Here’s why:

PUBG Mobile has been around since 2018 and as of right now is in Season 17 of the Royale Pass. PUBG Mobile features dozens of game modes and 5 Classic Maps and with each update bringing a new approach. But what interests most people are the outfits, weapon skins and new emotes they get each season in the Royale Pass and from the exclusive events. If you need realistic gameplay, graphics, and stealth planning, using the environment as an ally, then PUBG Mobile might be the perfect choice for you.

Call of Duty Mobile, on the other hand, was released back in 2019 and currently is live with Season 1 (14th). Call of duty Mobile also has a lot of game modes and similar features to PUBG Mobile, but it has fast-paced gameplay which is not exactly ideal for casual gamers. It gained popularity because of its pc fanbase but PUBG Mobile still remains the choice for most mobile gamers as it is very user-friendly and easy to play.

How To Get Started With Either Of The Game?

Now, if you are new to gaming and want to get the most out of it, you might as well get your hands on the most valued accounts with Outfits, Skins, and Emotes from previous seasons and exclusive events.

Starting the game now with a new account is fine and you will still get the new stuff, but there’s a whole lot of stuff you will be missing from the previous seasons. For instance, previous seasons used to have vehicle skins that you could get just from the Royale Pass which they discontinued after season 13.

And there were also some exclusive characters from Walking Dead, Daryl Dixon, and Rick Grime and that is just a few of the many perks that come with old accounts but it’s never too late to start fresh, new content comes in constantly for you to claim.

So Which Game Wins The Battle?

Both games are great, there’s nothing wrong with picking either of them and we believe they’re both great choices, Call of Duty is an all-time classic and it never disappoints, PUBG Mobile is one of the best Battle Royale games that won’t stop entertaining you. Since they’re both free on the App Store, we recommend trying out both and see which one fits your style the most.

Path of Exile – How to Trade with Other Players 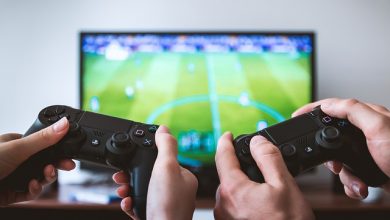 How to Win Your First Game of COD: Warzone