What are Panel Surveys?

A panel survey is a kind of longitudinal study where the same group of participants is surveyed over time to identify, measure, and track any changes in opinions and feelings over a specified time frame. This is done by tracking the same variables in regard to the same individuals at different points in time.

This article will explore different kinds of panels, where and how they are applied, and how panel data is analyzed.

The most common applications of panel surveys are long-standing panels conducted in commercial channels or among customers with the goal of obtaining detailed information on market shares as well as the characteristics of goods or services. They are widely used in market analysis conducted using market research tools. Consumer studies focus on variables such as purchasing frequency, prices, brands, and sales panels. Such surveys typically have sample frames that are wide enough to provide data that is representative on a regional level. Panel data is generally collected in regular intervals, such as weekly, or monthly.

Rules and Problems of Panel Surveys

Panel studies can be designed for a long-term or short-term basis, depending on the topic of the study. They are useful when exploring social and political issues, and even when trying to study consumer goods or the effects of media.

Panels can be conducted face-to-face in offline surveys, via telephone in CATI surveys, or even through the internet. The internet provides a range of advantages as it provides researchers access to a large number of respondents in a quick and feasible manner. Another important factor to consider is that findings from internet panels are only representative of internet users and that respondent willingness to participate in internet surveys continues to decline.

In panel studies conducted over a long period of time, the battery of questions is generally established at the start after the first few survey waves. These initial waves help recognize the most important variables that must be studied and therefore asked about.

When deciding how often panel waves must be conducted, it is pivotal to consider the purpose of the data being collected. The more a researcher knows about the normal rates of change and the different contributing factors, the more they can space out survey intervals. Nowadays, the most survey software has panel managers.

Panel effect refers to the phenomena of frequent reinterviewing resulting in participants responding abnormally. Although there has been research that substantiates the existence of the panel effect, there are also some indications that response behavior is somewhat more decisive between panel respondents.

Panel mortality refers to the gradual dissolution, or dropout, of respondents within the sample over time. This happens when some respondents become unable to unwilling to be reinterviewed. To minimize the effects of panel mortality within a study, it is important for researchers to consider the expected response rates for the number of survey waves being conducted and respectively select an appropriate initial sample size that can afford the predicted dropout.

Researchers may take shifting attitudes among different waves less seriously than responses that remain stable over time. In situations where there is strong attitudinal fluctuation, researchers should consider only the respondents with relatively consistent response patterns.

Another crucial factor is the unstable responses collected over time, which can reflect the most commonplace modes of behaviors and in such cases should not be dismissed as being a measurement error.

The Complexity of Panel Analyses

Panel findings are more difficult to interpret and understand when compared to the findings of one-time surveys as they require data to be analyzed in specific and multiple points in time and also to be compared over time. It is easier to analyze panel findings when the researcher has prior knowledge of the investigative field and the tools of measurement employed are more accepted. However, without prior knowledge, the researcher would have to first employ a statistical-mathematical model to process the data before being able to determine the most important variables that must be studied.

What are panel surveys?

Panel surveys are used in longitudinal studies where researchers track the same variables in regard to the same people over different points of time to study changes in opinions and feelings over time.

What are the advantages of panel surveys?

Some advantages of panel surveys are that researchers can create rich respondent profiles and that they generally have higher response rates as panel participants have already agreed to be a part of the panel.

What is panel mortality?

Panel mortality refers to the gradual dissolution, or dropout, of respondents within a panel over time. It is important for researchers to consider panel mortality when determining the size of their initial sample to minimize its effect on the findings of the study. 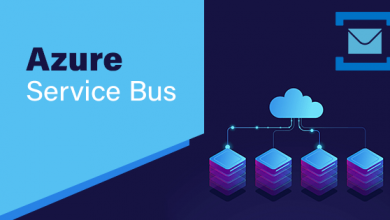 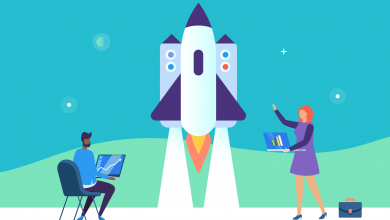 Starting A Software Development Company From The Ground Up

How To Choose the Right Healthcare Software for Your Needs

5 Easy & Free Ways to Generate Invoices for Your Clients