Ethereum has been known for DeFi, NFTs, and its innovative approach in solving technological issues. While these are its pros, it has also had issues regarding scalability and huge gas fees from congestion. The Ethereum blockchain is a Layer-1 protocol with many other protocols built on it. This way, it acts as a superset for many other protocols to leverage its wide reach and relevance. These layer-2 protocols (protocols built on Ethereum) also contribute to the traffic congestion on Ethereum. With a network that can only perform 15-30 transactions per second, this is a big issue.

These network congestions are causing huge gas fees on Ethereum, and to solve it; new protocols have risen which tagged themselves the “ETHEREUM KILLERS.” Amongst these new protocols seeking to overthrow Ethereum with their fast transactions and low fees are Solana and PolkaDot, and these have increased in price, as well as social media relevance due to their role as alternatives to Ethereum.

The currency issue plaguing Ethereum has led to two things. Firstly, large traders are the bulk of the traders on Ethereum as the fees are somewhat bearable compared to their invested funds. Also, these issues have caused a fork to be developed on the Ethereum blockchain, which will move Ethereum from the proof-of-work consensus to the proof-of-stake consensus.

The disruption caused by the Ethereum blockchain in the area of decentralized finance (DeFi) is unquantifiable. With the DeFi, transactions can be fully carried out without an intermediary, and trust can be encoded into smart contracts. These smart contracts are sets of written rules which self-initiate once certain conditions have been met. The defi encompasses many applications like lending protocols, stablecoins, and decentralized exchanges, and most DeFi is on the Ethereum protocol.

Although DeFi has its limitations, as it is difficult to know the good projects from the bad ones; hence, going all-in after choosing the right project in this upcoming technology might be a bit of a precarious strategy. The risk of rug pulls and bugs are very real, and although smart contracts are trustless systems, once a malicious code has been written into it, investors’ funds are in no way safe.

One way to know how viable a defi project is is by looking at the total value locked. The total value locked refers to all the funds invested into a project, and while this doesn’t tell good projects from bad, it sure helps us know how popular the project we are investing in is.

Although the DeFi has made entry points into the cryptocurrency market quite easy on Ethereum, its use case on the protocol has been limited to large traders, otherwise called whales. The way we know is by looking at kaiko, a real-time blockchain data analytics provider. The trends from the past few months have shown that the number of trades has been constant, the trade sizes have increased, and the average number of traders has drastically reduced.

Attempting to explain this huge disparity in trade size and a number of trades, Kaiko explained that the high transaction costs on Ethereum are responsible for this whale dominance, as these figures are not seen in any other protocol that houses DeFi. When a trader wants to make a transaction on the ethereum blockchain, they would have to pay a transaction fee. This fee is not a one-size-fits-all, and it is not predictable; rather, it depends on the price of Ethereum at the given time and the congestion on the network.

Another popular blockchain analytics firm, Chainalysis, explained that the differences between these trades and trades sizes might be because of the increasing popularity of DeFi in first-world countries. Although many Ethereum-killers have gone into smart contracts and the DeFi space with the promises of cheaper and faster transactions, they are still way behind Ethereum in this regard of DeFi.

Ethereum’s DeFi applications have a current total locked value of almost $200 billion. More than ten times the value of the next in line, Binance, which is on $19.25 billion total value locked.

To further cement their position in this field and others, the major crypto news has been centered around Ethereum’s move to the proof-of-stake consensus in recent months. To ensure the network’s security, the Ethereum developers are calling for validators on the network. Prospective validators would need at least 32 ETH, and the number of Ethereum validators (which can be seen on redot.com/eth2/).

More information on the transactions, exchanges, dates can be seen on the Ethereum blockchain explorer. The switch to Eth 2.0 would mean lower gas fees, and many retail investors will flock into the protocol to leverage the features it offers.

What Is UX Researcher & What Do They Do? 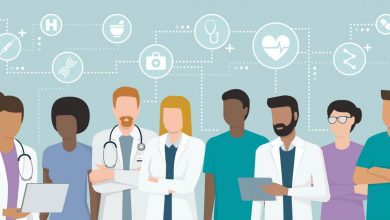 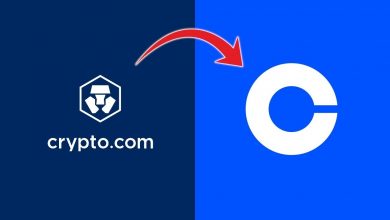 05 Tips To Start Investing In Crypto 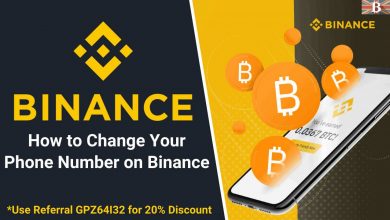 How to Change Your Phone Number on Binance

How To Transfer From Crypto Com to Coinbase